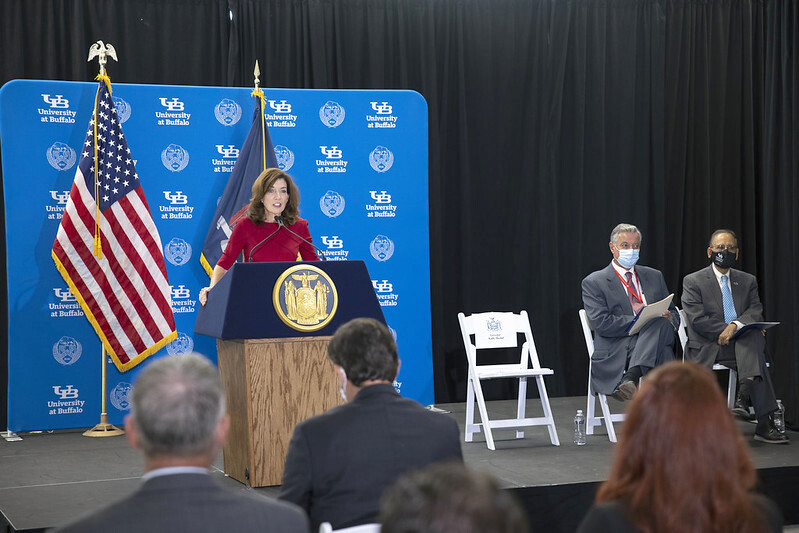 Governor Kathy Hochul has said healthcare workers who are not vaccinated against COVID-19 when the mandate goes into effect will be replaced.

A state requirement for healthcare workers to be vaccinated against the respiratory virus goes into effect early next week, September 27.

According to The figures of the state health ministry, 84% of state medical personnel are fully immunized. In the north of the country, the number is even higher at 86%.

No county in the north of the country reports less than 80% of health workers vaccinated. This includes Lewis County, which made national headlines after several staff at Lewis County General Hospital resigned rather than receive a blow, forcing the hospital to cut back on services.

Medical workers who choose not to be vaccinated may not be employed longer. Talk to Rochester This week, Governor Hochul made it clear that the state is firmly committed to the obligation to get vaccinated.

“For those who don’t, we’ll replace people,” Hochul said without hesitation. She also thanked the thousands of medical staff who have been vaccinated, saying “you are keeping your oath”.

Many hospitals, especially in rural areas like Lewis County, were struggling to find qualified staff even before the vaccination controversy.

Hochul said the state is exploring several options to help facilities facing staffing issues as a result of the vaccination mandate, including transporting volunteers from elsewhere in New York City and bringing in foreign workers.

It’s unclear how many unvaccinated people will actually be laid off when the term begins.

Jab or no job: medical workers talk about being sacked because of Covid shooting warrants